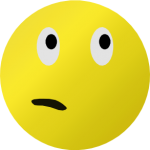 So … you’re a first-time independent author and, after several drafts and redrafts, you’ve completed your novel – a far-fetched, dystopian thriller about a reality TV-star turned president of the U.S.A.  Now you’ve wisely decided to have your manuscript edited and proofread by a professional editor and/or proofreader before choosing to have it self-published.

However, soon after editing work has begun, you receive queries from the editor/proofreader asking you whether you prefer -ise or -ize verb endings (you’ve typed both), what your preference is for punctuation of abbreviations and whether you want single or double quotation marks for dialogue (again, you’ve typed both). Until now you’ve never really thought too hard about these and other queries that start to filter through, but of course you realise immediately that, for the sake of consistency and a professional-looking end product, a choice has to be made. This is where the style guide comes riding to the rescue.

Style guides range in size from the voluminous (eg those of The Guardian, The Times and the BBC) to the concise – a simple document of two to four pages, usually called a style sheet. Basically, it is a set of instructions or guidelines for journalists, editors and sub-editors working for those organisations to follow. Similarly, publishers issue their editors and proofreaders with style sheets to ensure their house style is presented consistently. Style guides can also refer to publications such as New Hart’s Rules (The Oxford Style Guide), The Chicago Manual of Style and Fowler’s Modern English Usage, all of them invaluable reference tools for writers, editors and proofreaders alike.

Across all of these and other style guides, you will find many points on which they agree in their advice but some on which they don’t. This is really the nub of the matter for the writer: many instances of writing style are not a matter of right or wrong but simply a matter of preference.

For example, it is a common misapprehension that to spell verbs such as ‘organise’, ‘realise’ and ‘authorise’ with –ize, although standard in American English, is not correct usage for British English. However, the august Oxford University Press happily uses -ize spellings, citing quite reasonably that first usage in the OED of such a form (1425 for ‘organize’) predates any -ise form by hundreds of years (1755 for ‘realise’)! Well, if it’s good enough for the OUP then frankly it should be good enough for anyone, but the point is that, in this and many other cases, it really is just down to a matter of choice.

One of the many things a proofreader or copy-editor is checking for when editing any text is consistency – consistency across a book, across a company website and even across a restaurant menu. But why should this matter? After all, many readers may not even be aware that you’ve spelt ‘realise’ with an ‘s’ on page 32 and with a ‘z’ on page 349. It matters because enough readers may become aware of this (and other inconsistencies as they begin to accumulate), and perhaps enough for them to start leaving snarky reviews on Amazon, TripAdvisor, and comments sections on your website. Finally, it matters because, if you really want to persuade potential customers to part with their money to read your book or use your business, a professional end product is not only desirable but essential.

Bearing all this in mind, let’s assume you still don’t have very strong feelings about some of the choices presented to you, or perhaps you don’t have the time or inclination to devise your own style sheet for your editor to follow. At this point, a professional editor can offer to create one for you as they work through your project and from which he or she can then work with greater efficiency and speed – and you can stop being pestered by them asking you for your preferences every five minutes!

In Part II of What is a Style Guide?, I’ll look at the range of subjects a style sheet might cover and how an editor working with an independent author or business might go about compiling a style sheet for them.

7th February 2017 0
Previous Post What is a Style Guide? Part II
Next Post Proofreading … is that still a job?