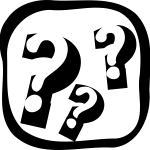 In part I of What is a Style Guide?  we looked at the different types of style guide or style sheet and why they are important for publishers, independent authors and editing professionals alike. In this post, we’ll explore what a style sheet consists of and how one might be put together.

In an ideal world, the proofreader would be provided with a style sheet compiled by the copy-editor who had worked through the document. This would record all the decisions made about style choices and thereby avoid the need for much hand-wringing and gnashing of teeth!

Proofreaders love  a style sheet – they are huge time savers and ensure consistency across a document. Oh yes, we love them dearly, but sadly we don’t get to see them as often as we’d like. Sometimes it may be simply because one hasn’t been passed on but, perhaps more commonly, when working with independent authors looking to self-publish, I may be the first and only editing professional to work on their manuscript, especially if the author’s budget can’t stretch to more than one edit of his or her work.

If this is the case, then the best solution for both parties is for a style sheet to be compiled by me, the proofreader. This will certainly make my life easier but hopefully it will also help the author understand why I have made amendments in a particular way. So, how do I go about that?

As well as incorporating any stated author preferences, a style sheet might list the following decisions made and recorded by a proofreader as they work through the project:

A style sheet may go even further in the case of fictional works and keep track of elements such as the characteristics of the main protagonists or key plot points, as described by the author. This can help me spot whether a character with dark brown eyes has become blue-eyed halfway through a story, suddenly become Czech when previously described as Polish, or perhaps reappeared in chapter twelve when apparently killed off in chapter three.

It’s worth noting that the above are just some examples of the many types of decision made by an editing professional to ensure consistency across a whole document or book. For example, when it comes to hyphenating compound words there are many options and only some hard and fast rules. The trick is to take note of any potential instances where inconsistency might occur and record them as the document is worked through.

I should also point out that any decisions such as the ones listed are not arbitrary judgements cast down from on high but sourced from authoritative style manuals such as New Hart’s Rules (The Oxford Style Guide), or The Chicago Manual of Style. Each editing pro will have their own favoured style manuals and reference books, but I use Hart’s Rules  and others such as Fowler’s Modern English Usage, The New Oxford  Spelling Dictionary  and The New Oxford Dictionary For Writers & Editors, as well as OUP’s online dictionaries. The happy result is that an independent author, for instance, can rest assured that decisions on style have been made consistently and with sound judgement.

Even so, there may be some decisions an editor has made that you might not agree with. A small independent publisher I know still likes to use the old typist’s convention of two spaces after a full stop rather than the more commonly used single space. That’s his prerogative and ultimately, the final decision always rests with the client.

To sum up, a style sheet is a record of style choices either pre-emptively decided upon by a publisher or individual author (in the case of a publisher or business, perhaps governed by an in-house style guide) or decided on and recorded by a copy-editor or proofreader as they work through the project. They are essential for achieving accuracy, consistency and a professional-looking end result.

Above all, they enable the proofreader to get on with the job in hand and avoid the need for too many queries relayed back to the author or copy-editor either directly or via the project supervisor at a publisher. This in turn means that time and therefore money is saved – a win–win situation if ever there was one.

So there you are – the style sheet as Doctor Who’s sonic screwdriver. Okay, it can’t really neutralise Daleks, hypnotise monsters on Peladon or even fix the doors on the TARDIS, but as far as the proofreader is concerned, it’s the handiest of tools.

3rd March 2017 0
Previous Post When is a proofread not a proofread?
Next Post What is a style guide? Part I